How To Shoot High Contrast Photography 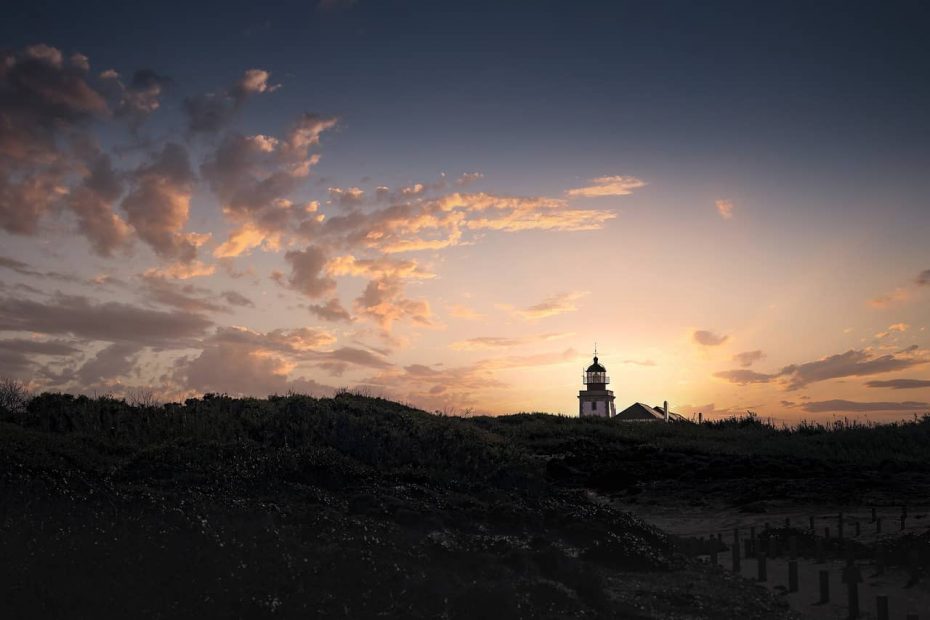 How To Shoot High Contrast Photography

Are your pictures dull and uninspiring? Consider using high contrast to take advantage of natural light and negative space to improve the aesthetics of your pictures.

Read my latest guide that will walk you through how to shoot high contrast photography.

What Is High Contrast Photography?

High contrast photography involves using strong contrast elements in your photo. The easiest and most common use of contrast is through tonal contrast, where black and white elements are juxtaposed alongside one another, such as in low key photography. These kinds of photos will have a lot of blacks and whites while minimizing the overall amount of gray tone between elements or subjects.

While the most common type of contrast is tonal, other photographers will use high contrast to make a specific subject or element stand out in a picture. Examples of this include a red umbrella against a rainy backdrop or the vibrant purples of a flower standing out from a garden.

Contrast is often associated with color, but textures and shapes are other elements to consider when creating a high contrast photo.

Contrast is defined as “the relative difference between light and dark print or negative.”

With high contrast, this means that there is a wide range of light and dark areas, with the light focusing heavily on these areas.

What Is High Contrast?

Like I mentioned, high contrast focuses on the brights and darks of a photo. If you were to look at the histogram, a normal photo covers the highlights, shadows, mid-tones and everything in between. In contrast (pun intended), high contrast photographs push the light tones in the middle to the sides to create those extremes.

Different Types Of Contrast For Your Photos

There are a few different types of contrast that you can employ when shooting, which we’ll cover below:

Tonal contrast is the type of contrast that deals with color. It looks for differences in tonal values, which are different intensities or brightness levels within a certain tonal range.

Conceptual contrast refers to how subjects or objects can be compared and contrasted. For instance, a picture of a happy child against the backdrop of an urban city gives off a strong sense of juxtaposition between joy and sorrow.

Similarly, taking photos that include plants and animals (especially ones that are dangerous like sharks) will give your pictures that extra boost because they draw on our natural curiosity for things we may not understand well. There is also novelty in watching animals hunt their prey; this makes use of the element of surprise.

Surprise elements provide another aspect of conceptual contrast by introducing something completely new or unexpected within the photograph’s context. This adds another layer of interest to the image.

Color is an important attribute in photography. Not only can color attract viewers’ attention, it also provides a strong means of communicating meaning through association.

Conveying meaning through color is referred to as chromaticity, where colors (especially warm and cool colors) are used to convey different ideas within the photograph. For instance, bright reds tend to give off feelings of love or passion while blue hues can be associated with sadness or coldness. Color contrast occurs when two elements that do not share the same chromaticity are placed next to each other (red vs blue). However, if these contrasting elements share the same chromaticity (red vs red), this isn’t considered high contrast because there will be little difference between the two since they are of the same hue.

Spatial contrast deals with the placement of subjects and objects within the frame. The difference between where one element is placed next to another creates contrast, even if their tones are similar or there is no obvious difference in texture at all.

Texture contrast deals with how pronounced an image’s sharpness contrasts with its softness.

Here are a few takeaways when shooting high contrast photos:

How To Shoot A High Contrast Photo

Shooting a high contrast photograph doesn’t take a lot of skill, just a little preparation and adjustment of your camera settings.

A requirement for outdoor photos involves the sun; high contrast photography is difficult without a bright sun, no matter how much post-processing you perform.

Aim to shoot in the morning or evening to help boost the amount of contrast for your photos. You can also attempt to shoot at night, if there are bright light sources such as street lamps or shop windows.

Another way to achieve high contrast is by looking beyond colors and shoot in black and white.

To capture a great shot, you’ll have to determine where your viewer’s eye will be drawn, whether it’s the shapes, light or textures within the image.

The main consideration is ensuring that your subject stands out compared to the background, whether it’s a lighter or darker tone.

To achieve tonal contrast, you can adjust your contrast settings in your DSLR camera to shoot in black-and-white mode, reducing the amount of color editing work after the shoot.

If you’re looking for a more striking color contrast, adjust the contrast parameter and bump it up by +1 or +2 for a more pronounced effect by changing it from automatic mode to manual.

You should also take into consideration the composition of your photo by placing elements and subjects in a manner which will maximize their contrast. Barring outdoor shots, you can create a higher level of contrast through a single source of light in an otherwise dark room.

I use the Rembrandt Lighting Technique to this effect in a previous photography challenge using the light from photography studio lights, but you can use natural light in the room if it’s is strong enough.

If you plan on shooting outside, you should stick to more enclosed areas such as streets or alleyways in the case of urban photography.

The sun is the other biggest factor in producing high contrast photos; try to shoot in the morning or evening golden hours as the lower angle of the sun creates longer shadows to intensify the look of the picture.

One risk of shooting high contrast photos is overexposure, and blowing out highlights. Make sure that your ISO levels are set low, and you may even attempt to underexpose your photo to make sure other elements aren’t blown out.

Most photographers will use automatic mode on their cameras, but this isn’t ideal for high contrast photos.

Instead of automatic mode, use spot metering for more precision when creating a higher contrast.

Like I mentioned before with exposure settings, you should set the compensation on your camera to -1; this will underexpose your photo by one stop, which can prevent highlight blowouts.

If you’re shooting directly against the sun, underexpose your photo by 3 stops.

Below are several different types of high contrast photos that you can reference:

This is a cool contrast photo because the forefront is underexposed, creating a silhouette of the bridge in contrast to the skyline.

This example takes advantage of the muted tones of the background to provide emphasis to the red of the bike, drawing the viewer’s eye to the subject rather than the background.

Not all high contrast photos need to be shot in color. What might be a dull photo in color can provide great contrast when converted to gray scale like in the above shot.

This shoot goes directly toward the sun, providing emphasis to the foreground, while creating silhouettes among the treeline.

Beyond the guide that I’ve provided above, here are X tips on how to take stunning high-contrast photos:

Choose A Light Or Dark Background

The background is extremely important when shooting high-contrast photos. Your subject and background need to work well together.

When shooting a subject, the background should typically be uniform in color, and either very dark or very light. Once you’ve determined the type of background you want, you can then choose your subject, so they naturally contrast (so if you choose a dark background, make sure your subject is very light in comparison).

I mentioned this before, but most photographers love to shoot during “golden hour” in the early morning or late afternoon.

However, when the sun is low in the sky, the light is soft, which isn’t what you want for some high contrast photos.

On bright, sunny days when the sun is high in the sky, the light is harsh, but creates strong natural contrast with dark shadows and bright whites.

The simplest photos can make for the best photos. When considering your composition, make sure that your images aren’t distracting the viewer from the subject focus.

It might seem obvious to use contrasting colors with high contrast photography, but combining certain colors can naturally create contrast.

For example, blue and green don’t pop when placed side-by-side, whereas yellow and blue contrast well.

When shooting with subjects, you could also use colored props as a way to introduce contrast, like an umbrella or fruit.

Not all black and white photos need high contrast to be effective; sometimes the beauty in a photo lies within the grey tones. You can opt to have a mostly grey subject with small amounts of grey and black flecked in the background.

I’ve talked about using leading lines in photography, but try to use a composition that features straight lines, or offers dramatic angles, to lead the viewer’s eye and reel them into the photo.

Also consider that some backgrounds aren’t always alterable to suit your needs; as an example, a colorful outdoor photo will look bland when converted to grayscale.

When converting from color to grayscale, a blank sky will lead to a rather dull final product, unless you’re going for a minimalist style of photo.

Not All Photos Have To Be In Black And White

Some subjects rely on their color to stand out in the background, such as flowers. Play with your tones to either desaturate certain colors to make your subject stand out without washing everything out in grayscale.

Filters can have a great effect for your shot. As an example, a polarizer or split grad can create a more dramatic shot for your black and white photo.

Use Light & Shade To Your Advantage

Sometimes conditions aren’t ideal for color photography. You can use light and shade to your advantage; a bright sun will create strong shadows that would create blown out areas in color, but make for perfect contrast in black and white.

Shoot Into The Light

Difference Between Low-Contrast and High-Contrast Photos

High contrast photos are different from low-contrast ones because the former doesn’t have much happening in the middle. This means that high contrast images aren’t necessarily well-balanced or evenly lit, nor does it mean that it is better than other photographs.

This type of photography simply follows where light leads it and doesn’t follow any rules at all if need be. It is more likely to give people a sense of drama and mood within the frame, creating something closer to art (in my opinion). When people say they like “high key”, what they really mean is that they like how high contrast gives things an artistic flair.

Because I typically underexpose my shots when shooting high contrast photos, I may increase the exposure during the post editing process.

This allows me to retain the highlights/shadows captured in the original photo.

I’ll also significantly increase the contrast levels by +30 or +50, and desaturate specific colors to create a more natural effect due to the strong contrast bump.

Black and white photos also work really well with high contrast, depending on the style of work I’m trying to perform.

Below are the edits I made to one of my photos to create a strong contrast: