Home » Photography Tips and Guides » How Do Cameras Work? Basic Guide For Beginners

How Do Cameras Work? Basic Guide For Beginners 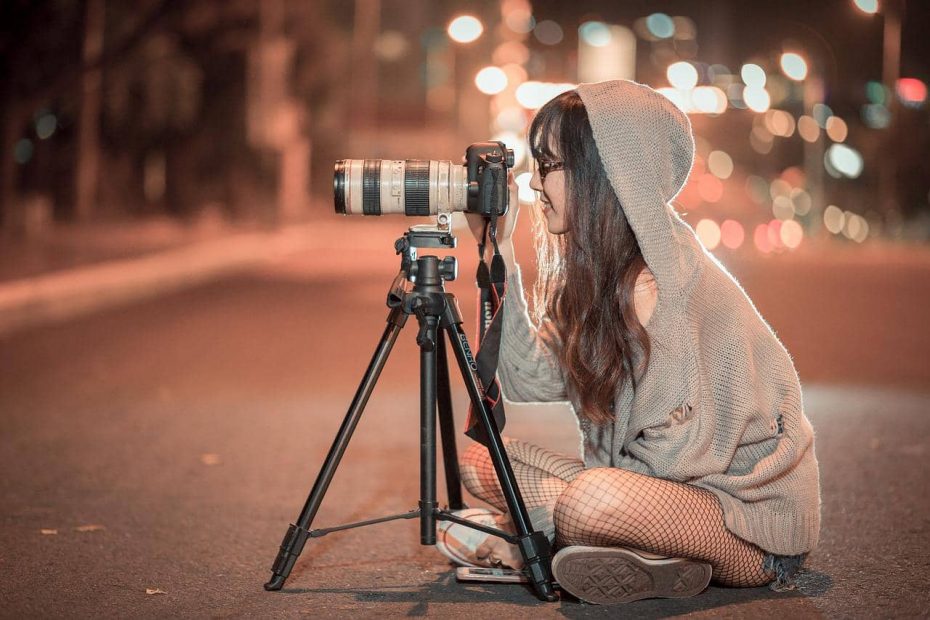 There’s something special about capturing a moment in time and preserving it forever. Cameras have been around for over 150 years, and they continue to play a vital role in how we capture memories and preserve them for future generations. But how do cameras work? How are they able to freeze time? In this blog post, we will explore how cameras operate and take a look at some basic photography tips for beginners!

The camera body is the main housing for all of the other parts of the camera, and it is usually made from metal or plastic. The size and shape of a camera body can vary greatly, but most contain a viewfinder, lens mount, shutter release button, and control dials. We cover several of the main components that make up a camera below:

The lens mount is the part of the camera that attaches the lens to the body. Each type of camera has its own specific lens mount, so you need to make sure that you have a compatible lens for your particular camera. The lens mount also contains electronic contacts that allow the camera and lens to communicate with each other.

The image sensor is the part of the camera that captures the image. The sensor is made up of thousands of tiny light-sensitive cells, and each cell records one pixel of information. When all of the cells are put together, they create a digital image that can be stored on a memory card or computer.

There are several different kinds of sensors that come on most cameras:

You can change the ISO on your camera by turning the dial to the appropriate setting. For example, if you want to take a photo in low light, you would set your ISO to a high number like 800 or 1600.

Once the image sensor has captured the image, it needs to be processed. This is where the camera’s processor comes in. The processor takes the raw data from the image sensor and turns it into a digital photo that can be stored on a memory card or computer.

The processing speed of a camera’s processor can have a big impact on the quality of your photos. A faster processor can produce better-quality photos, especially in low light or when taking action shots.

Once the image has been processed, it needs to be stored somewhere. Most cameras store photos on a memory card, which is a small, removable storage device. Memory cards come in different sizes and speeds, and the type of card you need will depend on your camera and how you plan to use it.

When buying a new camera, you’ll see a lot of talk about megapixels. Megapixels are how we measure the resolution of a digital image, and they are calculated by multiplying the number of pixels wide by the number of pixels high. For example, an image that is 2000 pixels wide and 1500 pixels high would have a resolution of 3000×2000, or six megapixels.

Megapixels are important, but they are not the only factor that determines image quality. In fact, megapixels are really only important if you plan to print your photos or view them on a very large screen.

A camera lens is a piece of glass that bends the light that comes into the camera. The lens is made up of several different elements, each of which has a specific purpose.

Another element in the optical structure is the image sensor. The image sensor is a piece of silicon that converts the light that comes into the camera into digital information.

Once the light has been bent by the optical structure, it needs to be focused. Focusing is how the camera determines where to put the image sensor in order to produce a sharp image.

Another important element in a lens is stabilization. Stabilization is how the camera keeps the image sensor from moving around, which can cause blurry photos.

Most cameras have some form of stabilization, but it is especially important for video cameras.

Connecting To The Camera Body

Once the light has been focused, it needs to be connected to the camera body. The connection between the lens and the camera body is made through a mount.

The type of mount will depend on the camera body and the lens. The most common mounts are Canon EF, Nikon F, and Sony E.

What Happens When A Camera Takes A Picture?

When you press the button on a camera to take a picture, the lens opens and allows light to pass through. The diaphragm (the metal blades that open and close the lens) determines how much light will be let in. The wider the diaphragm is opened, the more light that will be let in. The amount of light that is let in will also affect the exposure time ( how long the shutter is open).

Now that you know how a camera works, you might be wondering what kinds of cameras are out there. There are several different types, which we cover below:

The camera obscura is the simplest type of camera. It is a dark room or box with a small hole in one side. Light from the outside scene passes through the hole and projects an upside-down image onto the opposite wall or surface.

A pinhole camera is similar to a camera obscura, but it has a small aperture (hole) instead of a large one. This makes the image on the opposite wall or surface much sharper.

A box camera is a type of pinhole camera. It is a simple wooden or cardboard box with a lens and shutter attached to one side. The film is located on the other side of the box.

A single-lens reflex (SLR) camera is a type of camera that uses a mirror to reflect the image from the lens onto a viewfinder. The main advantage of an SLR camera is that you can see what the lens sees before you take the picture.

A digital camera is a type of camera that stores the images it takes in digital form. This means that the images can be easily transferred to a computer and edited or printed. There are several different types of digital cameras:

A digital single-lens reflex (DSLR) camera is a type of digital camera that uses a mirror to reflect the image from the lens onto an image sensor. The main advantage of a DSLR camera is that you can see what the lens sees before you take the picture.

A compact camera is a type of digital camera that is small and easy to carry. They are usually less expensive than DSLR cameras.

A bridge camera is a type of digital camera that has features of both compact and DSLR cameras. They are usually larger than compact cameras and have a long zoom lens.

A point and shoot camera is a type of digital camera that is simple to use. They are usually small and easy to carry. Like the name suggests, you simply point and shoot without making any adjustments to the camera settings or lens.

A film camera is a type of camera that uses film to store the images it takes. Film cameras are not as common as they used to be, but some people still prefer to use them because they produce high-quality images.

How to Choose a Camera

Now that you know the different types of cameras, how do you choose the right one for you? Here are some things to consider:

If you’re a beginner, we recommend starting with a point and shoot camera. They are simple to use and relatively inexpensive. If you’re more experienced, or if you want to take high-quality photos, we recommend a DSLR or mirrorless camera. If you’re looking for something in between, a compact or bridge camera might be right for you.

How to Use a Camera

Now that you know how to choose a camera, it’s time to learn how to use one. Here are some tips:

Cameras are a fascinating piece of technology that allows us to capture moments and freeze time. We hope this guide has helped you understand how cameras work and how to use them to take better pictures. Happy shooting!